From my other site:

See this on my other site:

OTHER SONGS YOU MAY KNOW: They re-recorded Welcome to Paradise for their major label debut.

LINEUP: Billy Joe Armstrong, Mike Dirnt, Tre Cool. Johnathan Kiffmeyer played on the EP that was appended as a bonus.

WHAT’S IT ALL ABOUT: Dookie before Dookie.

SOME WORDS, PHRASES AND CLAUSES ABOUT THIS RECORD: From the first notes of “2000 Light Years Away”, and on through the record (except for one jokey cut), the last indie record for Green Day sounds almost exactly like their major label debut, especially in sound and songs. The mixture of power pop and punk is pretty much complete here.

In fact, the punkier and faster recording of “Welcome to Paradise” on this album (the only song that crossed over) may be better than the more sweet and polished version on Dookie. New drummer Tre Cool is an added bonus, as he’s a solid and imaginative drummer.

This record is punkier than what will follow, and poppier than their previous records. Had just a few tracks been better songs (and / or that joke cut left for box sets or B-sides), it probably could have been the best record of their career. As it is, it’s pretty damn good.

IS THERE A DELUXE VERSION: Yes, their Sweet Children EP (named after the first incarnation of the band) that had their previous drummer playing on it.

OTHER SONGS YOU MAY KNOW: Sometbody was the B-Side to Blasphemous Rumours and charted in a few countries.

WHAT’S IT ALL ABOUT: A darker and moodier, yet inconsistent album that had an out-of-left-field US hit as well as a cringy song that seemed out of place.

SOME WORDS, PHRASES AND CLAUSES ABOUT THIS RECORD: Starting out with the energy of “Something to Do”, the classic Depeche Mode sound of “Lie to Me”, and the hit “People are People”, Some Great Rewards sounds like its going to be the consistent album Depeche Mode had in them all along.

In the middle of the album, the band gets slower and moodier, yet the cuts are rather uninteresting and more of a slog than anything. Then you get to “Master and Servant”, which is seemingly for teenage boys to wonder about than a true exploration of a sub-culture. However, the band pulls out of it for “Blasphemous Rumours”, which shows that they can be dark, moody, slow, and interesting.

Ending it on a powerful song such as that boded well for Depeche Mode, and while they’d not have another US pop hit for a while, their cult status was cemented by that one track.

NOTES & MINUTIAE: Alan Wilder wrote on track on the album.

IS THERE A DELUXE VERSION: Yes, the usual live cuts, B-sides and remixes.

GRADE B: It could have been a lot better. 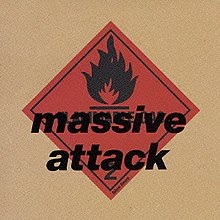 OTHER SONGS YOU MAY KNOW: They covered Be Thankful for What You Got

WHAT’S IT ALL ABOUT: Bristol (UK) DJs form a collective, and happen to ‘invent’ trip-hop after they finally got to the studio.

SOME WORDS, PHRASES AND CLAUSES ABOUT THIS RECORD: Breaking out of the ‘sound system’ culture (that also produced Soul II Soul), Massive Attack emerged from the Wild Bunch, and after some prodding got to the studio to record this album. Oh, and they rather much came up with a new genre when it came out.

“Trip Hop” is a mash up of hip-hop, soul and funk, samples, electronica and dub, and is more for chilling out and vibing to than dancing. The vocalists they use, like Shara Nelson and rapper Tricky, add excellent coloring to the tracks. This record is one you just put on and let flow over your mind and body.

The only issue is a nice, but un-revelatory cover of William DeVaughn’s classic “Be Thankful for What You Got”. It doesn’t seem to propel the album forward, as the other tracks around it do. That’s kind of a minor quibble.

NOTES & MINUTIAE: They recorded some of this at Neneh Cherry’s house.

GRADE A: With just one small stumble, this is not only a seminal record but tremendous to boot.

CHART ACTION:  None in the US

OTHER SONGS YOU MAY KNOW: The above probably covers it.

WHAT’S IT ALL ABOUT: Australia’s best band ever? Maybe! They’ve been at it since 1976 in one form or another with the same four core members since 1977. They are highly political, tremendous live, and always seem to evolve their sound.

SOME WORDS, PHRASES AND CLAUSES ABOUT THIS RECORD: A band that’s been around since the mid-70s (and are back and touring again) had to sound stale at some point, right? No, not Midnight Oil. They always pushed their music forward – from a punk-ish roar to experimenting with electronics and distortion. But they are always determined to make an impact both politically and socially.

This collection grabs tracks from each studio album and even Eps. By their second album, they were tight and fierce as any band going, and that never really changed as they moved forward. Always political, and always advocating for social change (and Peter Garrett isn’t their sole lyricist, in case you were wondering), Midnight Oil became the conscious of the Australian rock world – all while delivering great and challenging music and killer live shows.

They split up when Peter Garrett got more involved in Australian politics, but have reunited and have toured around with much of the same fire and fury as they had before. This is an essential collection for an essential band.

NOTES & MINUTIAE: “The Dead Heart” is their highest charting single in Australia, at #$

GRADE A+: It’s an essential compilation that will make you want to dive in for their entire catalog. 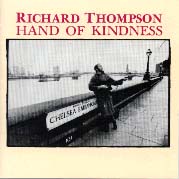 OTHER SONGS YOU MAY KNOW: I doubt it, really

WHAT’S IT ALL ABOUT: After the breakup of his marriage and partnership with Linda Thompson, Richard Thompson releases his second official solo album and erases some of the gloom that inhabited the work with his ex-wife.

SOME WORDS, PHRASES AND CLAUSES ABOUT THIS RECORD: No longer part of a duo (professionally and personally), Richard Thompson resumes his solo career in an unexpectedly bright sounding album. Reunited with his old bandmates (Pegg, Mattacks, and Nicol), and adding sax, accordion and violin, Thompson’s sound is somewhat jaunty. That masks some of the lyrical content about bad relationships and marital issues.

Yet, Thompson himself sounds sunny and energized. The opening “Tear Stained Letter” would have surprised anyone who had been following his duos with Linda Thompson, as here Thompson has a fire and wink in his voices. His guitar playing is stellar, of course, but he also allows his band chances to be out front as well.

NOTES & MINUTIAE: The guitar he’s holding on the cover was made by Danny Ferrington

GRADE B: Not the best song-wise, but it will please any Thompson fan.

OTHER SONGS YOU MAY KNOW: Nope

WHAT’S IT ALL ABOUT: Back at it after the Sleater/Kinney hiatus, Tucker wrote and recorded an album that is quieter but just as powerful.

SOME WORDS, PHRASES AND CLAUSES ABOUT THIS RECORD: Not diving into the vocal yelps except on rare occasions (“Doubt”), toning down the sound, and generally making things a bit more even keeled, Corin Tucker’s first solo album after the hiatus of Sleater/Kinney adds a unique chapter to her musical biography.

There’s still hints of her band’s work, but only hints. “Half a World Away” could definitely be an SK song, but here the arrangement is more controlled and her vocals more restrained, and it works better. Some of the better moments are on the quieter songs, where she’s reflective of her place in the world as a mother and a musician.

This album shows Tucker as more than the punk rocker she was for years. She’s got depth and breadth, and it’s a refreshing look at her as she moves to middle age.

NOTES & MINUTIAE: She said that Seth Lorinzi (bass player and producer) really shaped the sounds on the record.

GRADE A-: As solid as any Sleater/Kinney record with a maturing outlook. 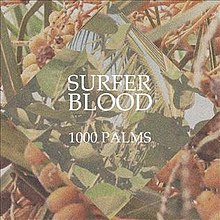 WHAT’S IT ALL ABOUT: Returning to the indie labels, Surfer Blood makes a looser record, but not a better record.

SOME WORDS, PHRASES AND CLAUSES ABOUT THIS RECORD: It seems that Surfer Blood, as time has gone on, has cut down on the elements that made them unique – their unpredictability. Even a return to the indie label circuits didn’t make them more adventurous. Instead, it codified their safety in their formula where they would have melodies somewhat buried in dense but sonically safe production.

“Grand Inquisitor” starts things out fine and hopeful, with tempo and sonic changes in a short period of time, but from there, the record becomes less and less memorable, with songs almost interchangeable for the most part. Only the final track, “NW Passage” changes it up a bit, moving into indie pop / folk land. That’s nice but not what they’re known for and it’s not their best work.

While decent, this is kind of disappointing and it really lost the band some momentum that they’d never recover.

NOTES & MINUTIAE: Guitarist Thomas Fekete was diagnosed with sarcoma., and had to leave the band shortly after recording. He passed away in 2016.

GRADE B-: Decent enough, but it’s disappointing that they didn’t take more chances.

WHAT’S IT ALL ABOUT: More of the same Shellac like the first album, and it does seem like a retread.

SOME WORDS, PHRASES AND CLAUSES ABOUT THIS RECORD: Out of the gate, Shellac graces it’s second official full length release with a 12-minute exercise in repetition. That doesn’t seem like a great way to start, and anxious listeners may itch for the fast forward button (or go and pick up the needle on the record).

After that, the tracks are shorter, and punchier. The star of the proceedings is the bass work of Bob Weston, who keeps things interesting even during the long opener. Todd Trainer’s drums are also solid, alternating between primitive driving beats and precise rolls and fills.

Believe it or not, the weakness here is Steve Albini. His guitar tone here isn’t interesting or groundbreaking, and the lyrics to the songs don’t bite. They’re also mixed low, which is kind of normal, but here it’s a detriment.

Shellac’s career is stop and start due to production and engineering duties, but there was ample time to get this right and it doesn’t seem right.

NOTES & MINUTIAE: “Disgrace” has a long silence in the middle, which may have caused some vinyl buyers to see if the record was still playing or if there was a problem with their unit.

GRADE B-: I’m not 100% down on this record, it has some interesting parts. But it could have been better than this.