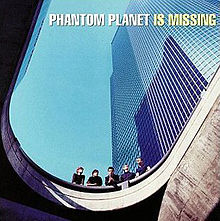 OTHER SONGS YOU MAY KNOW: So I Fall Again

WHAT’S IT ALL ABOUT: A totally average late 90’s alterna-rock group with not much original to say, and not really an original way to say it.

SOME WORDS, PHRASES AND CLAUSES ABOUT THIS RECORD: While there are things to like about this album, and they did place “So I Fall Again” on a TV Show (Sabrina, the Teenage Witch), there wasn’t anything that made this album stand out from the crowd.

It’s earnest sounding alternative rock-pop with some interesting instrumentation and some melodies that try to peek through. Maybe I’m jaded about a lot of music from this era, but it all kind of ran together and sounded like other bands (that may have appeared later in the music time continuum, but I can’t tell ‘em apart sometime).

NOTES & MINUTIAE: Yes, that is actor Jason Schwartzman on the drums.

GRADE: C+: I’m exiling this because I was just kind of bored by it.