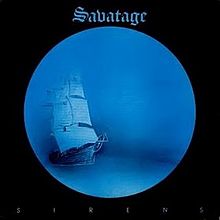 OTHER SONGS YOU MAY KNOW: Unless you liked underground 80’s metal, no.

WHAT’S IT ALL ABOUT: Straight forward no-frills metal album.

SOME WORDS, PHRASES AND CLAUSES ABOUT THIS RECORD: Savatage’s first album really flew under the non-metal underground radar, but there’s no reason for it to be hidden. It’s really just straight forward 80’s metal.

There are a few clichés, of course, and the lyrics aren’t always the best. Still, it’s nine pretty good metal songs for you to get your metal now. 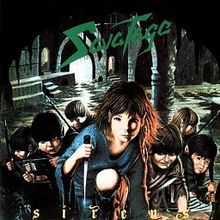 The one weakness at times is John Oliva’s vocals, which at times seem a little pitchy or off tone, at times. Yet, that’s really a small-ish quibble. If you did 80’s metal, then check it out.

NOTES & MINUTIAE: This was recorded in one day. The band name came from the fact they had to change it from “Avatar” and played around with something that they adapt their existing logo to.

IS THERE A DELUXE VERSION: Yes – some versions with demos.

GRADE: B: Good metal for metalheads.