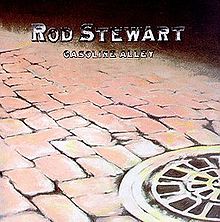 OTHER SONGS YOU MAY KNOW: Only a Hobo, Country Comfort

WHAT’S IT ALL ABOUT: Second solo release from the erstwhile Jeff Beck, current Faces belter is subdued, subtle, and understated for the most part. He does rock it up a couple of times, but it’s not as raucous as his Faces persona, though.

SOME WORDS, PHRASES AND CLAUSES ABOUT THIS RECORD: The dichotomy of Stewart’s early solo work is remarkable. With the Faces, he was all about the shouting, the belting, the fun. As a solo artist, he showed his range – giving readings of songs like “Only a Hobo” and “Country Comfort” in the reserved, subdued manner they deserve.

Sure, he can crank it up, as in his cover of “Cut Across Shorty”. Yet, the title cut and others show Stewart very comfortable as someone singing with acoustic guitars in a really laid back or impromptu feel.

The Faces provide the majority of the backing, and it shows their versatility as well. There are some winning cuts, and it’s a good showcase for his talent.

NOTES & MINUTIAE: The title cut is one of Stewart’s most covered originals.

IS THERE A DELUXE VERSION: Yes, a different mix of the single.

GRADE: A-:  Another great understated Stewart collection, but there are signs that he’s just ready to rip it on his solo work just like his Faces songs.