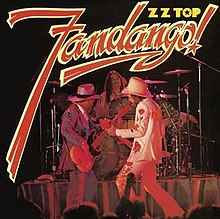 OTHER SONGS YOU MAY KNOW: Heard It on the X, Nasty Dogs and Funky Kings, Thunderbird

WHAT’S IT ALL ABOUT: Half studio, half live, half of a great album.

SOME WORDS, PHRASES AND CLAUSES ABOUT THIS RECORD: I’ve been wondering about this release. The studio side is probably the best, most cohesive side the band had done in their career, with the only true misstep is the subtle racism / sexism in “Mexican Blackbird” that probably didn’t raise any eyebrows in 1974.

The live side starts with the smokin’ hot “Thunderbird” (after about a minute of milling around), but then only has two more tracks, including a ending medley that really didn’t work.

Why didn’t the band release a whole show (or most of it) on three sides, and then side four the new studio tracks? Not having more studio tracks may be burnout or writer’s block – they were on tour for a long time in 1973 and 1974. Still, the brevity of the live side makes this not a great value, no matter how hot the studio tracks were.

NOTES & MINUTIAE: “Thunderbird” was a track originally done by the Nightcaps, but they never applied for the copyright. Oops.

IS THERE A DELUXE VERSION: More live tracks, but from a much later show, and just three of them.

GRADE: B: I wish I could score it higher – and it would be if it were a studio EP or a double set with more good live material.