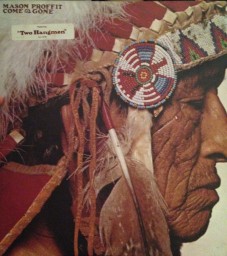 OTHER SONGS YOU MAY KNOW: Nah

WHAT’S IT ALL ABOUT: Country rock quintet released two albums before singing with Warner’s. This is a re-release of those two records. 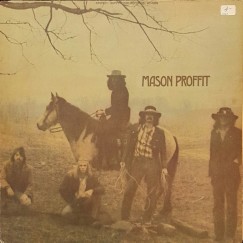 SOME WORDS, PHRASES AND CLAUSES ABOUT THIS RECORD: Led by the Talbot brothers, Mason Proffit had a well-received five year career that was marked by incessant touring and limited sales. The main reason that their blend of country, rock, and politics was a niche that didn’t fit on radio at the time.

They were too country and bluegrass for rock, too rock for country, and their politics were in support of the Native Americans and brotherhood was more subtle than some of the bombastic political statements of the time. They also added some subtle Christian elements to their songs.

Musically, they were excellent. John Michael Talbot is an ace banjo player, and they definitely have the right sounding mix of all of their elements. There’s not really a bad cut here, and songs like “Hard Luck Woman” or “Sweet Lady Love” could have been hits on some chart at a different time.

IS THERE A DELUXE VERSION: No. These individual albums aren’t streaming, so this is a value.

GRADE: A-: Sometimes a bit too earnest, but they make a nice country-rock noise. Both albums would get this grade separately. This is a good find for those who like country rock and influences of bands like the Eagles.