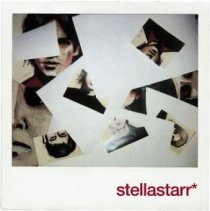 WHAT’S IT ALL ABOUT: NYC based band meshes a lot of influences into something that’s not quite original, but enjoyable.

SOME WORDS, PHRASES AND CLAUSES ABOUT THIS RECORD: Some good riffs, backing vocals by a female bassist, and a frontman that has a quirky shouty singing voice. It may be a little Column A and Column B, but it’s still enjoyable.

Shawn Christensen’s voice can be overbearing at times (he’s not subtle, but not outrageous), and he and Michael Jurin do a good job in making guitar sounds. They bounce from the 80’s to the 90’s in style, so they’re not breaking new ground here. And even if you don’t quite remember “Jenny”, you definitely recognize the motif. “My Coco” even has a little bit of Low in it at the beginning before it moves to an 80’s alt-rock style.

Some of their songwriting here is just average, and they don’t really slow down well. Still, it was a decent debut and one to re-visit if you missed it the first time.

NOTES & MINUTIAE: Christensen, Tannen and Kremer met at Pratt Institute and had a band that dissolved upon graduation, but later added Jurin and formed Stellastar.