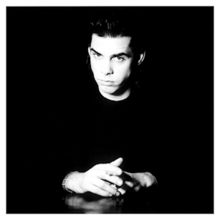 TITLE: The Firstborn Is Dead

OTHER SONGS YOU MAY KNOW: They cover Wanted Man

SOME WORDS, PHRASES AND CLAUSES ABOUT THIS RECORD: “Tupelo”, based on a John Lee Hooker song, with some parts lifted from Lead Belly, and lyrics about Elvis Presley and Christ, is a perfect opener to this record. It’s a classic Nick Cave performance, with his voice evoking all kinds of emotions, and his band playing the menacing licks while singing the backing vocals as they were a cowboy band.

But the rest of the record doesn’t let up, either, with the blues and early rock-and-roll getting the Bad Seeds treatment. The band contributes greatly as well and it all concludes “Blind Lemon Jefferson”, a tribute to the old bluesman.

There’s not a lot wrong with this album, though their cover of “Wanted Man” isn’t as effective and “Black Crow King” overstays its welcome. Still, for “Tupelo” alone, it’s worthwhile.

IS THERE A DELUXE VERSION: A CD vesion has a B-side