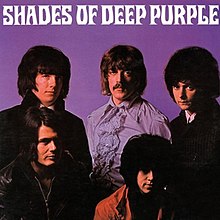 OTHER SONGS YOU MAY KNOW: They cover Help and Hey Joe

WHAT’S IT ALL ABOUT: First album from heavy psychedelic band features lots o’noodlin’.

SOME WORDS, PHRASES AND CLAUSES ABOUT THIS RECORD: After a short time together, Deep Purple entered the studio and put down the tracks for their debut record, and hit the jackpot in the US with their cover of the Joe South song “Hush”. But a telling sign was that half of the eight songs were covers, and “Mandrake Root” stole a lot from Jimi Hendrix.

Rod Evans was the singer at this point, and while he did OK he didn’t seem to mesh very well with the style at times, especially when the band slowed down and jammed. And did they jam. With just a few songs in their repertoire they made sure they filled the time, mostly by noodling from Jon Lord and Ritchie Blackmore. 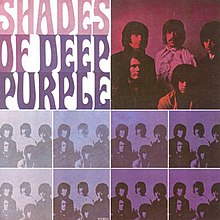 Their version of “Help” is almost a dirge and mostly pointless, “Hey Joe” had been done to death by now, and the ballads are flat. There’s just a few tracks worth saving here, but it’s worth at least a listen to the rest of it aside from “Hush”.

NOTES & MINUTIAE: The band a rocky beginning with the former Searchers drummer Chris Curtis coming up with the genesis of the band, but falling disinterested as the band then searched for a singer, drummer, and bassist.

IS THERE A DELUXE VERSION: Yes, an outtake and other incidentals.

GRADE C-: “Hush” is great. About half the album is worth saving.