SINGLES: Most of them were singles

LINEUP: Doug Martsch on all cuts. Andy Capps, Brett Netson, Brett Nelson, Ned Evett, and others appear on these cuts.

WHAT’S IT ALL ABOUT: K Records took all of the leftovers from Built to Spill and put this out before they hopped to a major label. It smacks of odds-and-sods.

The opening cut “So & So & So & So from Wherever Wherever” starts out the collection in a promising way, with some heavily distorted and de-tuned guitars adding a crunch. A couple tracks are early versions of songs that found their way on their early albums.

You go in not expect much, and it’s just fine. There are some little gems here for the casual fans. The converted has this, no doubt, but it’s not high on their BTS rotation.

NOTES & MINUTIAE: There is a cover of a song by K Records won Daniel Johnson.

GRADE C+: It’s not bad, really, for what it is. It’s not where you start, though.

TITLE:  There’s Nothing Wrong with Love

OTHER SONGS YOU MAY KNOW: In the Morning was a video, and on Beavis & Butthead

LINEUP: Doug Martsch, Brett Nelson, Andy Capps with some help from others.

WHAT’S IT ALL ABOUT: Second independent album from the Pacific Northwestern band demonstrates Martsch’s guitar playing and wry songs.

SOME WORDS, PHRASES AND CLAUSES ABOUT THIS RECORD: On this album, Doug Martsch cuts loose. While the songs aren’t as epic as they could be – his guitar playing and style steps to the fore. It’s complicated, loud and at times psychedelic, yet not trite or boring. The reason is Martsch and his guitar hooks – he knows how to pepper his songs with them.

Martsch’s high-pitched semi-whine may not be technically the best voice, but it works for these songs and supports his lyrics and melodies well. There are a lot of parallels to Dinosaur, Jr. Plus, little touches like the cellos in “Car” add a depth that’s missing from many similar bands of the time.

Soon, Martsch would be signed to a major label, but with little restrictions on his content (for once). This album is how he was signed, since it showed he could move units and keep true to his vision.

NOTES & MINUTIAE: The last track is a parody called “Preview”, which pokes fun at all of the current (for 1994) alt-rock trends.

GRADE: A:  At first, you may wonder about this album (especially the vocals, if you’re not used to him), but the hooks and melodies and guitar playing sell it. 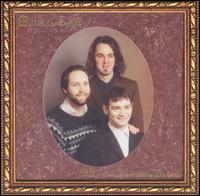 OTHER SONGS YOU MAY KNOW: Oh, probably not.

WHAT’S IT ALL ABOUT: First album by Boise indie guitar-rock mainstays establishes the BTS formula, with guitar workouts and at times long-ish song suites.

SOME WORDS, PHRASES AND CLAUSES ABOUT THIS RECORD: Martsch’s Built to Spill lumbers out of the gate with a debut that definitely had a grungy overtone, but was different in that Martsch went for longer songs and a somewhat more classic guitar sound. Sure, there were a lot of effects, distortion and loudness in the guitar, but Martsch could also play a sweet, gentle acoustic or an undistorted almost jazz-like guitar. He really liked to solo, too. I mean, really liked to solo. Early on, BTS was its own thing entirely.

Already, Martsch is building complicated songs that change direction and tempo during the bridges and codas. He also references some of his favorite groups indirectly (or in the case of the Velvet Underground, almost directly in “Nowhere Nothin’ Fuckup”. Most of the songs on the album are worthy as well. Sometimes Martsch can wander off the path at times and extend a song past its sell-by date. He does here on occasion.

The production isn’t as clean and polished as it would be later – no doubt you can thank at times incessant touring and Warner Brothers for Marsch’s ability to improve his studio capabilities -but if you’re familiar with BTS and don’t have their independent stuff, this is a good one to get. And if you’re not familiar with BTS, and you like guitars, why aren’t you?

NOTES & MINUTAE: Early on, Martsch wanted to have a rotating lineup with each album. He later settled on a semi-regular touring band, more or less.

GRADE: B+. The sound and production could have been better and a couple songs either go on too long or veer away too much. Still, a good and solid first effort.