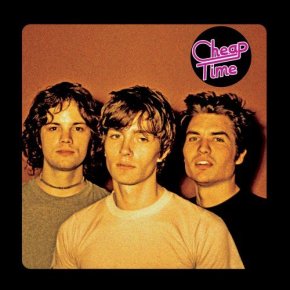 OTHER SONGS YOU MAY KNOW: Really no, unless you liked underground college radio in 2008.

WHAT’S IT ALL ABOUT: Nashville trio makes a potentially melodic clatter but the production is compromised with over-driven distorted vocals.

SOME WORDS, PHRASES AND CLAUSES ABOUT THIS RECORD: This group got some good notice back in the late 2000’s from the press by being a raw throwback to late 70’s post punk, and yeah, I hear that.

What I also hear are loud, overdriven vocals that to me ruin the melodic possibilities of the songs. They make a nice racket musically, but the production on the vocals just isn’t for me.

Novak, who basically is the band with musicians floating around, has a very diverse set of influences and it shows. Yet for this record, at least, he shouldn’t have pegged the vocals so hot.

NOTES & MINUTIAE: Be Your Own Pet singer Jemima Pearl was the original bassist for the group.

GRADE: C: Good sound for all but the vocals. That ruined it for me.