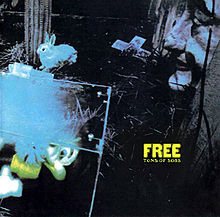 SINGLES: Walk in My Shadow

OTHER SONGS YOU MAY KNOW: The Hunter

WHAT’S IT ALL ABOUT: First record for the English band that was more blues-rock than any of their later output.

SOME WORDS, PHRASES AND CLAUSES ABOUT THIS RECORD: Free’s career started off as more of a traditional British blues-rock band, and this first album is dominated mainly by Paul Kossoff’s guitar, and more of a blues feel than any of their later outputs (not that Kossoff was sidelined by any means…)

This record was mainly a look at their live set, and except for the gentle ballad by Rodgers that opens and closes the record, is mostly unadorned blues rock. Unlike later records, Rodgers wrote solo for the most part and while he’s no lyricist, really, the tunes are decent enough.

Produced for under $1,000 by Guy Stevens, this has a raw feel. It’s decent and enjoyable, and Rodgers’ voice and Kossoff’s guitar are the stalwarts here.

NOTES & MINUTIAE: They were young. Phillips was just 16 and the rest under 20.

IS THERE A DELUXE VERSION: BBC sessions and outtakes

GRADE: B-: Fans of Free, Rodgers and those who really want to explore Kossoff’s work will find this up their alley.