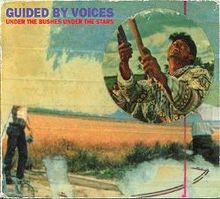 OTHER SONGS YOU MAY KNOW: Cut-Out Witch, The Official Ironmen Rally Song, Your Name Is Wild.

WHAT’S IT ALL ABOUT: The “classic” lineup runs out of steam.

SOME WORDS, PHRASES AND CLAUSES ABOUT THIS RECORD: Robert Pollard will always write songs, and record songs. For several years, his nuggets of tuneage were enough to sustain several albums by Guided By Voices, but finally they hit a snag.

This second record for Matador had some gems, but you can sense the band was tiring and Pollard’s muse wasn’t as strong as it once was. Matador records even compounded the problem by adding on extra tracks at the end that really bloats up the album more than usual for GBV standards.

It’s not bad as a whole and some good cuts are there, but soon Pollard would regroup GBV in a totally different direction. That was probably a wise decision.

NOTES & MINUTIAE: This is the first record that they recorded ‘professionally”, and it took several sessions and producers to get the tracks laid down.

IS THERE A DELUXE VERSION: A couple of bonus tracks.

GRADE: B-: This runs out of steam at the end, just like the band. 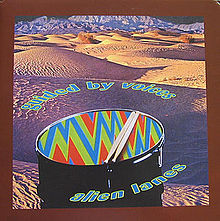 OTHER SONGS YOU MAY KNOW: Watch Me Jumpstart, As We Go Up We Go Down, Game of Pricks, My Valuable Hunting Knife, Striped White Jets, Blimps Go 90

WHAT’S IT ALL ABOUT: Their first album for a ‘real’ record company (one that would give them an advance and all) filled up speakers with 28 lo-fi gems from Robert Pollard and Tobin Sprout. Most of them work.

SOME WORDS, PHRASES AND CLAUSES ABOUT THIS RECORD: Still sounding like they recorded the record on a tape recorder with dirty heads and held together with duct tape, Guided By Voices cranks out 28 pop/rock tunes on their Matador debut, and I’ll be darned if most of them work, somehow.

The first seven songs really set the tone, and while afterwards there’s a few lesser tracks, most of them have great melodies and choruses and hooks. I mean, hooks are what GBV are all about. Do we really care about what songs like “Blimps Go 90” or “Striped White Jets” are about? No, do we sing along? Yes.

Those who love clean, pristine production should steer clear. But why are you listening to GBV anyway?

GRADE: A-:  Almost an essential release – and several tracks need to be in anyone’s collection. 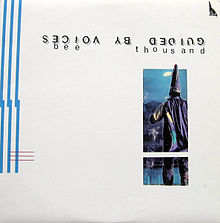 OTHER SONGS YOU MAY KNOW: Some timeless GBV songs: Hardcore UFOs, Buzzard and Dreadful Crows, Echoes Myron, Gold Star for Robot Boy, I Am a Scientist

WHAT’S IT ALL ABOUT: Another album that was intended as a ‘swan song’, instead it was the matriculation of GBV from obscure indie band to buzzworthy indie band.

SOME WORDS, PHRASES AND CLAUSES ABOUT THIS RECORD: Propeller and Vampire on Titus had some buzz and sold some copies to tasteful hipsters, but Robert Pollard was still struggling with finances in keeping a band, even one as loose knit and informal as GBV, together.

So instead of writing and recording a whole new record, he found a demos for some songs, and overdubbed them. The demos were in rough shape, but no matter – to the band it sounded pure and vital. (The drop out in “Hardcore UFOs” shows the issues they had with the tapes.) Only a few new songs were written. The result was even more buzz, record companies swirling about, and the decision to keep going as a ‘real’ band.

It’s not the best sounding record, of course, but you can still tell the pop-rock nuggets that Pollard and company have in store. There are issues (“Her Psychology Today” is really screwed up at the beginning, and then gets into the total gem of a track, then spins away from it again.) Fans of linear thought also will have issues. I mean, does anyone know what “Kicker of Elves” is all about?

NOTES & MINUTIAE: The ‘band’ as it were was whoever showed up where the recording equipment was located.

IS THERE A DELUXE VERSION: Yes, there’s a huge version of all of the songs from this era that is for hardcore fans.

GRADE: A-: The quality of the songs totally makes up for the tape issues. 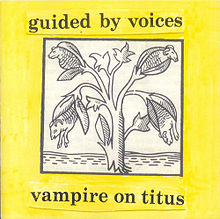 OTHER SONGS YOU MAY KNOW: GBV fans for sure. This got some bigger run nationally.

WHAT’S IT ALL ABOUT: Still wondering whether to crank GBV out full time, Robert Pollard and company record this low-fi wonder that cements their underground reputation.

SOME WORDS, PHRASES AND CLAUSES ABOUT THIS RECORD: It sounds like it was recorded on a rusty tape deck with oxidized tapes, and sometimes the noise and distortion from the lo-fi recording inhibits a songs ability to shine, but there’s enough great stuff here to marvel at.

Robert Pollard was still teaching at this point (how would like to have been in his fourth grade classroom?) and recorded this album with a skeleton crew with overdubs. Some songs are fragments, some songs don’t make sense (“Superior Sector Janitor X” illustrates both counts). There’s enough here for someone to be very irritated by it all.

But then we go to “#2 in the Model Home Series”, “Jar of Cardinals”, “Marchers in Orange”, “Sot”, and “Gleemer (The Deeds of Fertile Jim”) are well worth it.

GRADE: B+: The best songs are definite “A” quality. As with any GBV record, there’s good and meh. 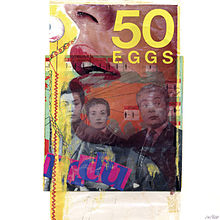 CHART ACTION: No, originally this was a 500 copy run

WHAT’S IT ALL ABOUT:  Conceived as the final album for the group, there was a buzz created thanks to college radio and some well-placed fans that allowed the band to continue.

SOME WORDS, PHRASES AND CLAUSES ABOUT THIS RECORD: This was their fifth release (the first four records are streaming, but were very limited in distribution and I may get to them later but the story kinda starts here), and it was going to be goodbye. Robert Pollard had written a bunch of songs, but they didn’t play live and didn’t have many prospects. They gave each copy a hand-made cover and that was supposedly it.

However, college radio caught on to this album, despite the limited production values (this was the first real lo-fi album of their career, by necessity for the most part). The songs spoke for themselves – tuneful melodies, short by sweet in length, and a great pop and rock sensibility.

I don’t think everyone will appreciate this, mainly because of the production (at times, the sonic quality shifts and one medley cuts several songs together – cuts is the right word), but those who can get by the hiss and dirt will be rewarded.

NOTES & MINUTIAE: The first four albums, plus this, was added to a set called Box, which when I get to the GBV compilations, I’ll review it.

IS THERE A DELUXE VERSION: No, but when it was first released on CD it was appended to Vampire on Titus.