OTHER SONGS YOU MAY KNOW: Doobie Wah

WHAT’S IT ALL ABOUT: Third Frampton solo album doesn’t excite anyone, much like his first two. It’s an improvement over his second, barely.

SOME WORDS, PHRASES AND CLAUSES ABOUT THIS RECORD: Kicking off with “Doobie Wah”, a blast of 70’s rock energy, there was hope that this third solo album from Peter Frampton would be a great improvement over his second, lazier, too-mellow album.

Well, the sound of the group (now a trio for the most part with Frampton on keyboards as well as guitar in the studio) is rawer and fresher and there’s more energy here. Yet, somehow, Frampton still doesn’t inspire here.

Many of the songs seem to be half-written excuses to show off his guitar playing. Maybe it was the constant touring, but it sounded like he couldn’t be bothered to write more than a couple of decent tunes and then coast on the rest.

GRADE: C+ : I like the fresher energy, but the songs are kind of lame. Somehow he kept his contract. 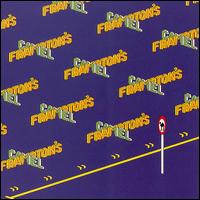 SINGLES: All Night Long, Which Way the Wind Blows

OTHER SONGS YOU MAY KNOW: Lines on My Face, Do You Feel Like We Do

WHAT’S IT ALL ABOUT: Second solo record from the former Humble Pie guitarist is blander and safer than his first, and was ignored just the same, especially in his native England.

SOME WORDS, PHRASES AND CLAUSES ABOUT THIS RECORD: Listening to the second Peter Frampton record (which he really wanted it to be a ‘group’, kind of like Joe Walsh and Barnstorm), you get the sense that he wanted to be a star, and to do that he wanted to play music that wouldn’t ruffle any feathers yet at the same time showcase some of his guitar playing.

Well, some of the guitar licks are nice, though a lot of the songs are keyboard based at their core, and his pleasant voice and demeanor won’t get anyone really upset. Yet, this is mostly a dull affair, except for the closing cut “Do You Feel Like We Do”, which actually may just because everyone knows that one from his hit.

I can’t really exile anything, because it’s just good enough, but I’m not throwing up any lighters or anything like that for this one. Safe, generic, FM rock for those mellow times.

NOTES & MINUTIAE: Frampton wanted Frampton’s Camel to be a real group, but he played drums and keyboards on this album as well as his bandmates. Soon, the idea of a band would fall away.

GRADE: C+: Wake me up in time for the last cut, please.

OTHER SONGS YOU MAY KNOW: It’s a Plain Shame, All I Want to Be (Is By Your Side)

WHAT’S IT ALL ABOUT: Jumping ship from Humble Pie, the congenial Frampton records an album that’s less on the boogie, more on the feel-good laid back guitar rock.

SOME WORDS, PHRASES AND CLAUSES ABOUT THIS RECORD: Peter Frampton took a risk in leaving Humble Pie. He was well respected in the business but everyone knew Humble Pie was about ready to strike it big, Frampton, though, didn’t want to boogie at max volume. He had a gentler way of rocking, and decided to go solo to pursue his muse.

This album fits right into that mode (and basically every album up to his monster Frampton Comes Alive fits as well). There’s some rock, but it’s restrained, and most of the album is made up of pleasant songs that feature more acoustic than electric guitar for the most part (but he’ll break off a guitar solo in the bridge without hesitation – like in “The Lodger”). His pleasant singing voice fits right into the mood of the songs.

The songs? Kind of lightweight, really. Nothing too special or challenging? The cover of “Jumpin’ Jack Flash”  has an intriguing arrangement, but it makes you want to hear the original more than this cover. At the time, I don’t think anyone expected much of Frampton’s solo career.

NOTES & MINUTAE: Andy Bown was with Frampton in the British band The Herd, who were semi-successful in the late 60’s before Frampton joined Humble Pie.

GRADE: B. It’s a nice album, won’t bug anyone. However it didn’t really signal anything special was going to come later.