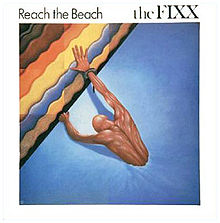 OTHER SONGS YOU MAY KNOW: Probably not. I doubt many people listened to the second side.

LINEUP: Cy Curnin, Rupert Greenall, Jamie West-Oram, Adam Woods. Alfie Agius played bass on three songs (two of them hits and he wrote the bass line for One Thing Leads to Another). Dan Brown joined to play bass on one track.

WHAT’S IT ALL ABOUT: The Fixx, thanks to MTV and catchy new wave hooks, gain a US foothold as they were being ignored in the UK.

SOME WORDS, PHRASES AND CLAUSES ABOUT THIS RECORD: Barely getting any notice in their native land, the Fixx got a lot of traction in the US thanks to very MTV friendly (yet overly- arty and pretentious) videos for “Saved By Zero” and “One Thing Leads to Another”.

The hooks and videos hid a secret of the Fixx – they had designs on being progressive art rockers but also wanted to make hit records. The deep tracks here show more of this dichotomy. Cy Curnin’s lyrics are philosophical fiddle-faddle most of the time, and the music lets Rupert Greenall go nuts with his keyboards.

But the hits were insidious, and there’s enough glimmers in the deep tracks to at least keep this around as a whole album.

NOTES & MINUTIAE: Alfie Agius recorded three tracks with the band, then left in a personality dispute. They did without a bassist until the last track they recorded, when they definitely needed one.

IS THERE A DELUXE VERSION: Yes, two unneccessary remixes, and B-side, and a pretty decent song from a soundtrack (“Deeper and Deeper”)

GRADE: B-: Philosophy students should avoid the lyrics (ok, everyone should, really) but they do have a few decent moments after the hits. A few. 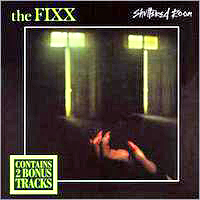 WHAT’S IT ALL ABOUT: UK arty new wave band’s debut album (after two name changes and failed singles) gets some traction in the US thanks to MTV.

SOME WORDS, PHRASES AND CLAUSES ABOUT THIS RECORD: The Fixx’ debut showcased their kinda-arty, proggy, new wave. Cy Cyrnin’s vocal mannerisms seem stilted and a bit pretentious and the lyrics also seem a bit too arty as well.

Musically, the Fixx also show their arty side. Jamie West-Oram’s guitar flashes and slashes are overwhelmed at times by Rupert Greenall’s synths. Sometimes the tracks slog along as well. There seems to be an inertia on some cuts.

A couple of tracks got some US airplay and got MTV heavy rotation, and they can put a hook or two in their songs, but this first go-round was just arty moosh.

NOTES & MINUTIAE: They recorded two singles as Portraits and one as The Fix. This isn’t streaming anywhere, either.

IS THERE A DELUXE VERSION: The UK and US version have two different tracks, and there’s bonus tracks on the US version streaming.

GRADE: C:  A couple hooks and hits doesn’t a good album make, but you knew that.