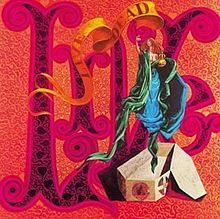 OTHER SONGS YOU MAY KNOW: Dark Star, St. Stephen, Turn on Your Love Light

WHAT’S IT ALL ABOUT: The whole world now gets to experience a Dead concert, at least the musical element.

SOME WORDS, PHRASES AND CLAUSES ABOUT THIS RECORD: There are some that say this is the pinnacle of the Grateful Dead. This series of concerts in early 1969 were the culmination of the songs, sounds, and attitude of their first three albums, where they explored folk, blues, jazz, and rock in a psychedelic stew with long, long, long jams.

The first track, “Dark Star”, is the test of where you are as a listener of the Dead. You’re either right there with them through every note and improvisation, or you’d wish they’d stop noodling around and just get on with it. Yet even the most ardent critics have to admire side two’s medley of “St. Stephen” with “The Eleven”, an improvisation in 11/8, which is not an easy time signature to play in, especially on substances.

For me, their meandering stuff is just that, meandering, though I can definitely hear their musicianship and joy in explorations. Stuff like “Feedback”, though, and the almost interminable beginning to “Dark Star” tests my patience a bit.

IS THERE A DELUXE VERSION: They have a 3-CD set of these dates at the Fillmore (Fillmore West 1969) which is probably a better bet since it’s got everything in some context and has more of their bluesy stuff and more ‘succinct’ songs.

OTHER SONGS YOU MAY KNOW: St. Stephen, Cosmic Charlie

WHAT’S IT ALL ABOUT: The Dead moves away from the blues, and into acoustic psychedelia with more success, but one really weird, odd, long cut takes the momentum out of the record.

SOME WORDS, PHRASES AND CLAUSES ABOUT THIS RECORD: My personal favorite Dead song, “St. Stephen”, is on this record, so it must be great, right?

Well…somewhat. There are a lot of fan favorites here, for sure.

A lot of the album works. They move into more of an acoustic phase (though “St. Stephen” is definitely electrical), and use quite a few studio tricks, etc. on the voices. It’s pretty mellow for the most part, like the buzz you have right before you hit the sack.

But man, “What’s Become of the Baby” just ruins the second side. That’s one bad trip that probably should have been avoided. The Dead wasn’t known for great quality control, though. It’s a shame, because could have been their first cohesive record.

NOTES & MINUTIAE: This album cost a lot to make, as they moved from an eight-track to a 16-track studio in the middle of it.

IS THERE A DELUXE VERSION: Yes, live cuts and a couple of jams.

GRADE: B+: When you have eight tracks, one brilliant, several good, and one absolute disaster (which is the longest running time of any cut), you have to knock it down a bit.

TITLE:  Anthem of the Sun

OTHER SONGS YOU MAY KNOW:  That’s It for the Other One, Alligator

WHAT’S IT ALL ABOUT: Second album by the Dead records them at their trippiest, and uses an unusual blend of live and studio recordings that works at times but is off-putting at other times.

SOME WORDS, PHRASES AND CLAUSES ABOUT THIS RECORD: This record finds the Dead exploring the studio and trying to replicate their live sound and feel as best they could. To do that, the band decided to integrate some live performance into their studio songs. That way the sound could be trippy, chaotic and as psychedelic as it could be.

It works a bit, though the vocals from the live shows sound flat compared to the studio vocals. There are four long tracks here, plus a single B-side. Those long tracks are the essence of the Dead in 1968. They start on a theme, then devolves into solos, freakouts and other shenanigans, and it may come back to the original theme, it may not.

“Alligator” is more typical of a Dead instrumental workout that everyone knows and loves. “That’s It for the Other One” ends with madness and noise. Those are the highlights. The other tracks seems to be lesser versions of those two ideas.

Again, this isn’t a ‘starter’ Dead album but one for fans that understand the points of their jams and also don’t mind trippy sidelights.

NOTES & MINUTIAE: “Dark Star” – the famous song that has produced many 20+ minute jams, was released as a single about this time – a single that timed at 2:44.

IS THERE A DELUXE VERSION: Live cuts, the single mix of “Born Cross-Eyed” and “Feedback”.

GRADE: B: There are many interesting parts here, and they outnumber the head-scratching parts. But they let it all hang out, man.

SOME WORDS, PHRASES AND CLAUSES ABOUT THIS RECORD: The Grateful Dead were already known for their jammy explorations in the San Francisco area, especially since they were known as the ‘house band’ for the Acid Tests, and during performances around the area.

Translating that to the studio, especially in 1967, would be difficult, especially when the band did want to sell records and get on the radio. There were several shorter songs on here that really don’t show the Dead at their best. They seem rushed and tentative – like they were trying too hard to not make a mistake and be on point for radio.

The songs that do work are the explorations like “Morning Dew” and “Viola Lee Blues” where they let themselves go into blues based jams.

All in all this is an OK album, but it would be best to seek out early live stuff to find the best of this incarnation (of course sound quality there could be an issue).

NOTES & MINUTIAE: They recorded this in four days in LA.

IS THERE A DELUXE VERSION: Yes with bonus cuts and edits and a live version of “Viola Lee Blues”.

GRADE: B: Not a bad album for the time. The longer songs are the ones that you’ll remember.