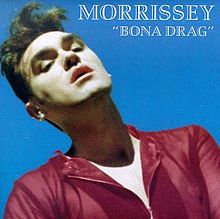 OTHER SONGS YOU MAY KNOW: Mozz fans know the B-sides as well.

WHAT’S IT ALL ABOUT: All of the early Morrissey singles (most of the non-album tracks) compiled in one package for your enjoyment.

SOME WORDS, PHRASES AND CLAUSES ABOUT THIS RECORD: Morrissey wanted to establish himself as a singles artist in the UK, so after he released his first album he released his next tracks all as singles (it also helped give him a little space to create). The result is this excellent compendium, of which only two tracks are repeated from Viva Hate.

Every A and B side from 1988-1990 is here, which is probably peak Morrissey as far as his solo career goes (though some may disagree, but I said it and meant it).

This extends way past the Smiths musically – with great production techniques, tasteful melodies, and it still has some great guitar work (like the end of “Hairdresser on Fire”). Adding this to Viva Hate and you have the perfect set of early Morrissey.

NOTES & MINUTIAE: This was the record that launched his solo career to a wider audience in the US.

IS THERE A DELUXE VERSION: Yes, the streaming version has outtakes as well.

GRADE: A: He left the Smiths in his rear view mirror and this became a must listen for alternative fans. 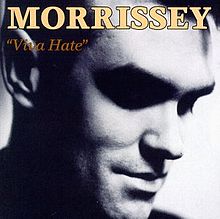 OTHER SONGS YOU MAY KNOW: Hairdresser on Fire was originally on the US version

WHAT’S IT ALL ABOUT: First LP post-Smiths finds Morrissey in fine voice, writing obtuse lyrics as always, and working well with guitarist Reilly from the Durutti Column

SOME WORDS, PHRASES AND CLAUSES ABOUT THIS RECORD: How would Morrissey survive without the brilliance of Johnny Marr and the Smiths musicians? Well, very well thank you.

Early singles showed that Morrissey still had the gift for wordplay and melody, and this album shows the same. While not as consistently brilliant as early Smiths albums, it solidified Morrissey as someone whose artistry could change and evolve. He’s still mopey, but it’s a different kind of mope. In fact, some of the arrangements fit his words more snugly than later Smiths songs.

As with the Smiths, a few cuts find Morrissey languishing and being overly long and dramatic. It’s a great statement by him that he had it, and had more of IT than anyone in the Smiths when all was said and done.

NOTES & MINUTIAE: “Margaret on the Guillotine” is about Margaret Thatcher, and got Morrissey in a bit of a sticky wicket in some circles.

IS THERE A DELUXE VERSION: Yes. “Hairdresser on Fire” was on the US release originally. There was a version with bonus tracks, and a new version that swapped out “The Ordinary Boys” for “Treat Me Like a Human Being”.

GRADE: A-: It’s a little inconsistent, but the highlights are terrific!