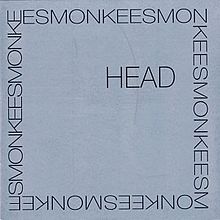 OTHER SONGS YOU MAY KNOW: Circle Sky

WHAT’S IT ALL ABOUT: The soundtrack to the Monkees gobsmackingly odd movie is just as odd as the movie.

SOME WORDS, PHRASES AND CLAUSES ABOUT THIS RECORD: “Porpoise Song” and “Circle Sky” are amongst the Monkees’ best tracks. Peter Tork has a couple of nice songs here as well, and a lot of session and LA musician heavyweights play on this. But it’s…strange.

Of the 14 original tracks, only six are real songs, and one is their “War Chant” which has more significance in the movie than on this soundtrack. One of the real songs is yet another tribute to music of vaudeville – making it the third such ‘tribute’ in a year.

The dialogue in oddly placed, and just makes no sense in context without the movie. I guess this could have been an EP, but the strategy was to have a multi-media experience. But the movie was buried and mostly unseen, and thus this album made no sense to a lot of people and was way way over the head of many of their fans. It’s sad, because “Porpoise Song” and “Circle Sky” deserve more than this.

NOTES & MINUTIAE: Jack Nicholson was the one who compiled the dialogue and wrote the script for the movie.

IS THERE A DELUXE VERSION: As usual, Rhino documents the heck out of this group. There is a nice live version of “Circle Sky” which shows that the band was competent out on the road.

GRADE: C-: This is best picked apart, and the good tracks saved and the other stuff just shunted off.

TITLE: The Birds, The Bees & The Monkees

OTHER SONGS YOU MAY KNOW: Not really.

LINEUP: Davy Jones, Mickey Dolenz, Michael Nesmith. Peter Tork was barely on the album. Each Monkee used their own session men and produced their own tracks.

WHAT’S IT ALL ABOUT: Here’s where the Monkees start to lose their appeal. It’s a good album, but a letdown from their 1967 work.

SOME WORDS, PHRASES AND CLAUSES ABOUT THIS RECORD: After a great 1967 musically, the year 1968 started with a couple of hit singles, but then the news that NBC was cancelling the TV show. At this time, the band was around studios in Los Angeles recording the sessions for this album separately, with only a scant few crossovers with other members.

The result is an album that plays it safe AND is experimental, but it’s track for track. Davy Jones sticks to his formula, while Mickey Dolenz stays somewhat in the traditional pop / rock milieu with some psychedelic experimentation, and Mike Nesmith just goes, well, all out weird. (Peter Tork submitted a couple of tracks, but they weren’t chosen at the time for who knows why…)

It’s an album that you need to pick and choose based on your mood. More so than ever, it shows that the Monkees had musical talent, but they weren’t really a band in a true sense of the word.

NOTES & MINUTIAE: After this album and the news of the cancellation, the Monkees set about to record and film Head, which, is quite the project.

IS THERE A DELUXE VERSION: It seems that every note the Monkees committed to tape has been reissued, and this is true here – multiple editions exist with several bonus tracks and takes and demos.

GRADE: B:  There are some strong songs here, but it’s just all over the place. The cohesion isn’t there.

TITLE: Pisces, Aquarius, Capricorn & Jones, Ltd.
YEAR RELEASED: 1967
CHART ACTION: #1 US, #5 UK
SINGLES: Pleasant Valley Sunday (#3 US, #11 UK)
OTHER SONGS YOU MAY KNOW: Words, though you probably heard most of these on the TV show.
LINEUP: Mike Nesmith, Davy Jones, Peter Tork, Mickey Dolenz and some studio hot shots
WHAT’S IT ALL ABOUT: Probably their most consistent album as a group, the Monkees used their artistic freedom and made an album of great pop songs made with a lot of session pros augmenting the band.

SOME WORDS, PHRASES AND CLAUSES ABOUT THIS RECORD: With their freedom set in stone, the Monkees finally made an album without restrictions AND by using studio musicians to make the album they heard in their mind. Chip Douglas was the producer, and he helped them pick a lot of great tracks that were pop songs of the time but not always the most commercial.

Using the great writers of the time (like Carole King and Gerry Goffin, Tommy Boyce and Bobby Hart, and Barry Mann and Cynthia Weil) Douglas and the Monkees put together a varied set of songs that were a little psychedelic at times, had some political commentary weaved in there, somewhat heavy at times, and memorable for the most part. Even Tork’s oddball cut “Peter Percival Patterson’s Pet Pig Porky” isn’t a time waster.

The star cuts are the single, “Salesman”, “She Hangs Out”, “Daily Nightly” and “Star Collector”. But the whole thing is pretty neat.

NOTES & MINUTIAE: “Daily Nightly” uses a Moog synthesizer played by Dolenz, one of the first Moogs used on a pop record.

IS THERE A DELUXE VERSION: Yes. Deluxe. Super Deluxe. You know the drill.

GRADE: A: For as much grief as the Monkees have received over time, THIS is really a quintessential 60’s pop record.

CHART ACTION: #1 US, #2 UK
SINGLES: Randy Scouse Git (#2 UK), A Little Bit Me, A Little Bit You is a bonus track (#2 US, #3 UK)
OTHER SONGS YOU MAY KNOW: For Pete’s Sake – you know it as the closing theme from season of the TV show.
LINEUP: Mike Nesmith, Peter Tork, Davy Jones, Micky Dolenz (for reals this time) with Chip Douglas handling a lot of the bass work.
WHAT’S IT ALL ABOUT: After a showdown with the record company and network, the Monkees are determined to record an album on their own, and it succeeds despite the gloomy predictions.

SOME WORDS, PHRASES AND CLAUSES ABOUT THIS RECORD: After Mike Nesmeth punched a wall and the suits backed down, the Monkees went about to make their own album. Using self-penned songs and others from the Tommy Boyce / Bobby Hart well, they assembled a very listenable and enjoyable album of 1967 pop and rock.

A lot of the songs are a lot more mature and deep than the songs on the first two albums. The Monkees were writing for a more mature audience – an audience like themselves, and not the pre-teens. This may be the reason why there’s no single from the album, per se (though there are a few that definitely could have charted).

It’s an experiment and it worked. It’s a better record than their first two, that’s for sure. Going forward, the Monkees would control their own recording destiny, even though the four of them were rarely in the studio together.

NOTES & MINUTIAE: Instead of “Randy Scouse Git” in the UK, the song was called “Alternate Title” so as not to offend anyone, since that phrase never appears on the record.

GRADE: A-: All of the anger, energy and songs that the group had stockpiled went into this record.

TITLE: More of the Monkees
YEAR RELEASED: 1967
CHART ACTION: #1 US, #1 UK
SINGLES: I’m a Believer (#1 US, #1 UK)
OTHER SONGS YOU MAY KNOW: She, Mary Mary, (I’m Not Your) Steppin’ Stone, Your Auntie Grizelda
LINEUP: Mike Nesmith, Peter Tork, Davy Jones, Mickey Dolenz and most of the Wrecking Crew as musicians.
WHAT’S IT ALL ABOUT: Second smash release from the Monkees has some bright moments, but lacks some oomph from what their first album did.

SOME WORDS, PHRASES AND CLAUSES ABOUT THIS RECORD: You know, a record with “I’m a Believer”, “(I’m Not Your) Steppin’ Stone”, and the other songs is definitely one to have in your collection. However, unlike their debut, this record had some big down spots, and they weren’t all Davy Jones joints.

His ‘recitiation’ of “The Day We Fall in Love” is excruciating, but the filler cuts sung by Mickey and Davy were all second-rate compared to the fun and sunshine of the first record.

One could probably blame the assembly line production of the first two albums, where Don Kirchner basically recorded a whole bunch of songs and picked what he wanted and used them on the TV show and the album. One could also blame that Kirchner picked dud songs this time around. You really can’t blame the Monkees; they just sung what was given to them.

Still, you should have this album, along with some of the extras, because it’s good enough.

NOTES & MINUTIAE: This is the record that set Mike Nesmeth and the rest of the Monkees off. They had no idea this was going to be released until they saw it in a record shop on tour. Nesmeth said they picked the wrong songs (they had 34 in the can) and they had no say in it. The showdown between Kirchner and Nesmeth and the band is one that has gone down in history – with the Monkees being victorious.

IS THERE A DELUXE VERSION: Yes. The latest version has both the mono and stereo mixes and a lot of extra cuts.

GRADE: B- : Some great songs dragged down by half-hearted filler. Some of the bonus cuts are much better than what made it on album.

TITLE: The Monkees
YEAR RELEASED: 1966
CHART ACTION: #1 US and UK
SINGLES: Last Train to Clarksville (#1 US, #23 UK)
OTHER SONGS YOU MAY KNOW: Theme From The Monkees, Saturday’s Child, Take A Giant Step, Gonna Buy Me A Dog
LINEUP: Mike Nesmith, Peter Tork, Davy Jones, Mickey Dolenz plus Tommy Boyce and Bobby Hart and gallons of sessioneers who did almost everything.
WHAT’S IT ALL ABOUT: Here they come…walking down the street…they get the funniest looks from…everyone they meet.

SOME WORDS, PHRASES AND CLAUSES ABOUT THIS RECORD: I’m not going to re-hash the Monkees story here. I’m going to focus on the records.

This ain’t half bad, really. The songs (coming mostly from Boyce and Hart with some King / Goffin and David Gates cuts) are mostly decent – and some are great. “Saturday’s Child” is surprisingly heavy. Nesmith actually wrote two songs that foreshadowed country/rock. “Let’s Dance On” is just FUN! Those of us who remember them fondly will love this trip down memory lane.

What’s NOT good, at least to me, are Davy Jones’ star turns. Gawd, they gave me diabetes. The spoken part of “I’ll Be True To You” is laughably treacly. What’s worse is they break up the album’s fun vibe. But the little girls understood!

NOTES & MINUTAE: On a majority of the cuts, only one Monkee is present, even in vocals. The backing vocals were done by Boyce, Hart and session pros.

IS THERE A DELUXE VERSION: Yes. It seems with every generation a new re-issue comes and they find even more tracks to append onto these things. Some are great – some, not so much.

GRADE: B : It’s an A for fun and nostalgia. I just can’t really give it any higher than a B, though, realistically. If they didn’t need to give Davy star turns it could have been better.