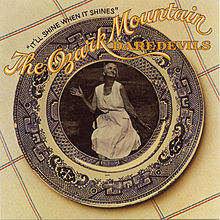 TITLE:  It’ll Shine When It Shines

OTHER SONGS YOU MAY KNOW:  No

WHAT’S IT ALL ABOUT: Mellow country rock band gets a big hit from an anomalous sounding track. The rest is tepid country rock with only a couple of cuts that wake you from a torpor.

SOME WORDS, PHRASES AND CLAUSES ABOUT THIS RECORD: Anyone with a pulse and an ear that’s heard 70’s music has heard “Jackie Blue”. It’s kind of got a 70’s vibe with some interesting guitar sounds and interplay between bass, piano and drums.

That sound didn’t translate to the rest of the record, which consists of a lot of mellow country-rock songs that are somewhat better than their debut, but still for the most part it’s nothing fancy or exciting. But, their audience was probably nodding out on cold beer and weed, so, y’know, mellow was good.

With four songwriters and lots of singers, the tracks are varied a bit, but still, nothing lasts in your brain as much as “Jackie Blue”, for better or worse. Usually the latter.

NOTES & MINUTIAE: “Jackie Blue” was a very late addition. Producer Glyn Johns pretty much insisted they record it after Lee brought it in, and helped to convince him to change the lyrics.

GRADE: C: I kept more this time, but not enough for me to want to explore them any further – since they had no more hits or memorable tracks 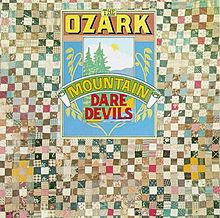 OTHER SONGS YOU MAY KNOW: Chicken Train

WHAT’S IT ALL ABOUT: Country-folk-rock songwriters form a group and release a laid back, forgettable album that somehow wrangled a hit single.

SOME WORDS, PHRASES AND CLAUSES ABOUT THIS RECORD: The first word that popped into my head when listening to this was ‘amiable’. This is an album that is easy on the ears, mellow and dull. Yeah, it’s dull.

Those not children of the 70’s (face it, those who were 18-29 in 1973 – I know my sister liked them) probably only know one song by them. It’s not on this, and none of these songs sound like it. The single here, If You Wanna Get to Heaven is really about the only song with a hook. Chicken Train is rather much corn-pone fun. A few songs wander around and only get interesting when it’s too late.

Basically, this is a lot of acoustic guitars and various instruments played in a sorta old timey country way, but not country enough to chase away city folk. Yawn.

NOTES & MINUTAE: For a band with two hit singles, and just three albums in the Top 60, the last released in 1975, their Wikipedia page is long and detailed.

IS THERE A DELUXE VERSION:  No.
GRADE:  C: Only two songs made the cut, the rest EXILED. It’s not bad, per se. It’s just…dull. I don’t know what other word to describe it.