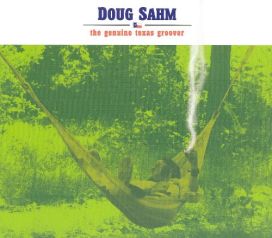 SINGLES: Is Anybody Goin’ to San Antone, It’s Gonna Be Easy, Texas Tornado

OTHER SONGS YOU MAY KNOW: Wallflower, Me & Paul, Ain’t That Lovin’ You

LINEUP: Doug Sahm and a whole bunch of friends and members of the Sir Douglas Quintet

WHAT’S IT ALL ABOUT: Sir Douglas Quintet leader’s first two ‘solo’ albums (though one was credited to the Sir Douglas Band), plus some outtakes, are collected here.

SOME WORDS, PHRASES AND CLAUSES ABOUT THIS RECORD: With outlaw and country-rock coming to the fore in 1973 or so, Atlantic records signed Doug Sahm and allowed him to construct two album.

These records had their own charm, but are well away from “She’s About a Mover” or “Mendocino”. Incorporating his own interpretation of Texas country, rock, R&B, and Mexican music styles, and incorporating horns playing typical charts, Sahm’s solo work for Atlantic probably confused the label with its eclecticism.

Dr. John and Bob Dylan make appearances, along with almost everyone Sahm’s been in bands with or jammed alongside. It’s probably more for someone who likes Sahm’s amalgamation of country, tex-mex and R&B. 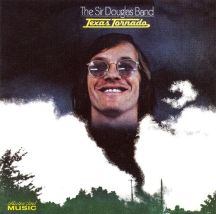 GRADE: B:  It’s an interesting mix of styles, and Sahm’s growl is cool.