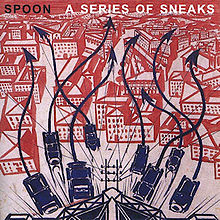 TITLE: A Series of Sneaks

OTHER SONGS YOU MAY KNOW: Lord, no

WHAT’S IT ALL ABOUT: A major label move a few years too early – this album languished and was ignored for years.

SOME WORDS, PHRASES AND CLAUSES ABOUT THIS RECORD: With high hopes, Spoon signed to Elektra records, and soon after release, their A&R person left and the label dropped them, leaving this album out there with no support and a bitter, unsettled band.

This album is probably out of step with what was ‘popular’ in 1998, but it does deliver on the promise of their independent work. Catchy songs with enough off-kilter elements to keep you on your toes, and enough noise to keep the indie people satisfied.

Elektra messed up here, as Spoon has become reliably reliable in delivering well-made product to a growing fan base. Who knew then, but this album was decent enough to keep them signed.

NOTES & MINUTIAE: Spoon was so pissed off at their A&R guy that they recorded a single called “The Agony of Laffitte” about the experience

IS THERE A DELUXE VERSION: Yes. UK tracks, and that independent single.

GRADE: B+: The quality tails off, but the first few tracks are strong. 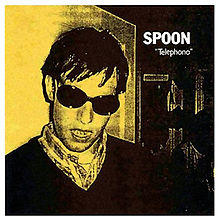 SINGLES: All the Negatives Have Been Destroyed, Not Turning Off

OTHER SONGS YOU MAY KNOW: Really, no.

WHAT’S IT ALL ABOUT: Early album from the Austin group is rough and raw, but shows potential.

SOME WORDS, PHRASES AND CLAUSES ABOUT THIS RECORD: The Pixies were gone by 1997, but Spoon wanted to fill the void in with weird songwriting, sonic dynamics, and loud-ish playing. That’s not what they’re known for now, of course, but it worked at the time. 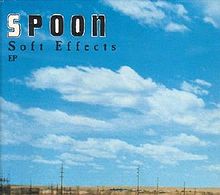 Some elements of Spoon’s later work do show up – Britt Daniel’s gift for quirky melodies and rhythms do show up even amongst the loudness. It’s still jarring to compare this album to those that made them famous (well, famous for an alternative band in this day and age).

The album comes now with a follow up EP (Soft Effects), which really shows a subtle evolution before their major label debacle. But here, listen to “Not Turning Off” and know that without the Pixies, they wouldn’t exist.

NOTES & MINUTIAE: They released an EP back in 1994 that was pressed up in the dozens, maybe.

IS THERE A DELUXE VERSION: See above

GRADE: B: Good record for fans to see where they started and how they evolved.