OTHER SONGS YOU MAY KNOW: Squeeze fans can sing along to the whole thing.

WHAT’S IT ALL ABOUT: Masterful, tuneful, playful album that put Squeeze at the top of the New Wave movement in the UK and garnered them notice in the US.

SOME WORDS, PHRASES AND CLAUSES ABOUT THIS RECORD: Squeeze followed up their breakout album in the UK with one of the best albums of the era. Their songwriting and sound moved forward, throwing in a lot of their influences and becoming quite eclectic while maintain a signature sound.

The patented octave harmonies of Difford and Tillbrook are prevalent during many of the choruses of the songs, lending familiarity, but they change it up with allowing Difford’s growl to take the lead during some pieces of those choruses and bridges. The combo of Jools Holland’s keyboards, Tillbrook’s guitar, and newcomer John Bentley’s bass add a solid touch that is versatile enough to span several idioms.

The stars of the show are the songs. All 11 tracks are strong, even the ‘novelty’ types such as “Farfisa Beat” and Holland’s showcase “Wrong Side of the Moon”.  They’re tuneful, wry, and challenging, and each one has a distinct style while keeping the sound of Squeeze. That’s a tough trick to pull off, and Squeeze does it here.

NOTES & MINUTIAE: Holland left soon after the album release to start his solo and television career.

IS THERE A DELUXE VERSION: Yes, with b-sides, demos, and a live concert.

GRADE: A+:  From tracks 1-11, even on the ‘filler’ as it were, this is a testament to great songwriting and tuneful pop arrangements and melodies. 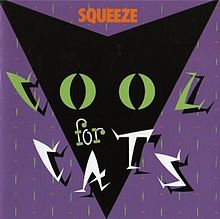 OTHER SONGS YOU MAY KNOW: Slightly Drunk

WHAT’S IT ALL ABOUT:  Second Squeeze album gets the lads on track, and provides them with some excellent singles and decent album cuts.

SOME WORDS, PHRASES AND CLAUSES ABOUT THIS RECORD: Listening to Cool for Cats after hearing their first album, you get the sense that this was the album they had in them all along.

Some great story songs from the Difford and Tillbrook team, with Tillbrook’s somewhat angelic voice helped along by Jools Holland’s fun keyboard accents. The production is still a little ragged (I really don’t like the drums sound, but it’s a very dead 70’s tom sound, so maybe it’s just me) but most of the songs shine through.

There are a couple of cuts that probably could have been left off / improved, but deep cuts like “Slightly Drunk”, “It’s So Dirty”, “The Knack”, and “Hop, Skip & Jump” were excellent, and also pointed the way for the next Squeeze album.

NOTES & MINUTIAE: This quickly became a Gold Record in the UK.

IS THERE A DELUXE VERSION: A couple of b-sides / outtakes.

GRADE: A-: Mostly a fun record, and a definite Squeeze album with story songs and wry wordplay. 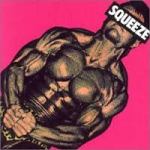 SOME WORDS, PHRASES AND CLAUSES ABOUT THIS RECORD: You gotta start somewhere, right? Unlike many of their brethren, who put together excellent first albums, this was rather a disappointment. From reports, it wasn’t their fault. Their producer, John Cale, had them scrap their current songs and write new ones and you can tell that they’re a bit tentative and unsure about themselves and their direction. Frankly, about three or four cuts could have been left off in favor of the contents of their debut EP (Packet of Three), and a forgotten B-side called “Disco Kid”.

NOTES & MINUTAE: Packet of Three isn’t available for streaming, at least as I saw it. You can find the individual cuts on You Tube, and the lead cut “Cat on a Wall” (which definitely should have been on this record) is on a compilation called Never Mind the Sex Pistols, Here’s the Bollocks.

IS THERE A DELUXE VERSION: There was a CD with bonus tracks, but on Google Play it’s just the conventional album.

GRADE: C+: Saved by the singles and a few typical Squeeze cuts. Use your skip feature wisely. This would be the last of the ‘classic’ Squeeze albums to buy.