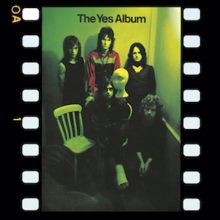 OTHER SONGS YOU MAY KNOW: Starship Trooper, I’ve Seen All Good People (Your Move is part of this suite)

WHAT’S IT ALL ABOUT: The breakthrough album, helped by a focus on musical suites and new guitarist Steve Howe.

SOME WORDS, PHRASES AND CLAUSES ABOUT THIS RECORD: Two changes to Yes improved their lot a great deal since their 1970 album. First, the band focused on long prog-rock suites that showcased their chops and abilities. Second, the band replaced departed Peter Banks with Steve Howe, who had been in Tomorrow and other groups.

Howe’s guitar style and versatility with acoustic and electric guitars helped the band build up the suites and allowed for excellent transitions, as showcased in “Yours Is No Disgrace” and “Starship Trooper”. The latter cut is probably the pinnacle of Yes’ early prog rock days. He also added another vocal element along with Anderson and bassist Chris Squire, which richened the vocal sound.

Even with a couple of lesser cuts on the second side, this is really where to start with Yes for the curious.

NOTES & MINUTIAE: On the cover, Tony Kaye is seen in a cast, as he broke his foot in a car accident the night before.

IS THERE A DELUXE VERSION: Yes, a studio version of Howe’s guitar solo “The Clap” and single edits.

GRADE: A-: Three classic Yes suites, and the filler’s not bad, really. 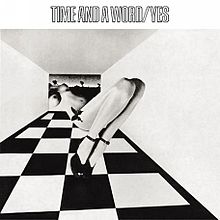 TITLE:  Time and a Word

WHAT’S IT ALL ABOUT: The second album by the progressive band adds a live string section to the proceedings, which at times helps and hinders the band.

SOME WORDS, PHRASES AND CLAUSES ABOUT THIS RECORD: For their second album, Yes also did a mix of covers and originals. The covers, of songs by Richie Havens and Stephen Stills, were surprising, but what was more surprising was the band’s use of a string section playing live during the recording. 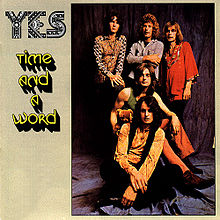 At times, the strings seemed superfluous, as the group would be best served of letting themselves loose with their own instrumental prowess. Yet there were also times where they sounded thin and needed a boost from the strings.

To my ears, this is an improvement of their debut album by a small margin. The original songs are better constructed and aren’t as noodly or boring. Yet the strings both add and detract.

NOTES & MINUTIAE: The album resulted in Banks being excused from the group, as he disagreed with Anderson regarding the string section. Also, the US market had a different cover again, and when they released it in the US, Steve Howe was already in the band so Howe’s on the US cover.

IS THERE A DELUXE VERSION: Yes. Single mixes and a B-side.

GRADE: B: Casual prog fans would find this interesting, but it won’t covert anyone to that genre. 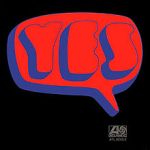 TITLE: Yes
YEAR RELEASED: 1969
CHART ACTION: None
SINGLES: Sweetness, Looking Around
OTHER SONGS YOU MAY KNOW: Beyond & Before (maybe…)

LINEUP: Jon Anderson, Peter Banks, Chris Squire, Tony Kaye, Bill Bruford
WHAT’S IT ALL ABOUT: A band trying to figure out its way, with cover material and a couple of decent originals surrounding mediocre early prog.

SOME WORDS, PHRASES AND CLAUSES ABOUT THIS RECORD: The first Yes album was definitely a band that should have had ‘work in progress’ labeled on it. While the covers of “I See You” and “Every Little Thing” (excellent deep cut choices of the Byrds and Beatles, BTW) are top notch, the only original that truly has the spark of later Yes is the opening cut “Beyond & Before”.

The rest of the cuts are OK. Some meander and are boring – others suffer from a lack of vision in melody or lyrics. Still it’s quite interesting to hear Yes as a developing 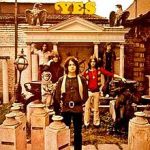 band since they were so sure and forceful of their vision in later incarnations.

Depending on your taste for Yes, you’ll like this or deem it unworthy. I’m keeping it around myself.

NOTES & MINUTIAE: Yes developed out of a band called Mabel Greer’s Toyshop, which Squire originally joined with Banks in 1967. Also, for some reason the US market re-did the cover.

IS THERE A DELUXE VERSION: Two versions each of singles that were released between their first and second album with one song appearing on the second album proper.

GRADE: B-: Three of the eight cuts are great – and well, that’s enough to make up for the others.